Academics from a variety of scientific and engineering specialties, philosophers and professional artists will be brought to Santorini (Thera) in July 2016 to debate and suggest novel approaches and interpretations on these long-standing interdisciplinary issues.

Although reality is perceived in a spatial way, the language that we use to represent it is linear. Moreover, the epistemic status of visualization has been disputed in mathematics and logic, although in education at least in some instances no understanding can be achieved without the aid of visualizations.

On the other hand, artists are notoriously sparing of words, preferring to let the image convey meanings, i.e. “speak by itself.” The translation of musical structures into visual imageries has been used to describe the works of certain musicians. It has also been argued that visual reasoning is a widely used tool used in creating technological artifacts. However, non-verbal (largely visual) reasoning has not got much attention. Those who use visual reasoning conceive and manipulate objects in the “mind’s eye” before putting them on paper. Other communication media have been evolved into two- or three- dimensional visual and interactive experiences. A classical game, such as chess with its system of different symbols and constant switching from 2D to 3D dimensions has been used to facilitate the development of visual way of thinking.

The development of iconicity in the Digital World was initially conceived as a means to have a universal language, i.e. a visual (iconic) language, when creating and interpreting media. Nevertheless, the fundamental gap remains today: symbols conform to speech, while images conform to vision. Which are the logics of image and vision? How images, symmetric, asymmetric or dissymmetric patterns are related with visual reasoning, creativity and aesthetic values?

Academics from a variety of scientific and engineering specialties, philosophers and professional artists will be brought to Santorini (Thera) in July 2016 to debate and suggest novel approaches and interpretations on these long-standing interdisciplinary issues. 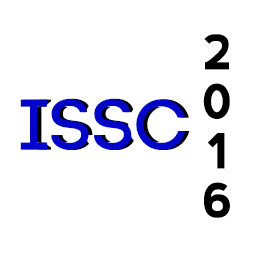